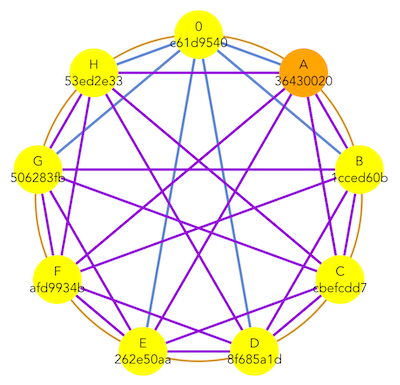 Web-Overlay is an experimental toolkit for constructing Web-based overlay networks, where each node (peer) is either a Web browser or a Node.js. WebRTC and WebSocket (actually Socket.io) connections are used as an interconnect between nodes.

You need a Node.js installed on your computer. (We are using Node.js v12.16.xx for now.)

Get the source code from GitHub (as this software is not yet published as an npm package).

Detailed documentations are not available for now. Please refer the source code of sample programs below.

The initial node (the first node of the overlay network) must be a Node.js node.

This command starts the initial node based on the configuration file ./config/deployment/localhost8080-initial.json.

Your initial node will start listening on http://localhost:8080.

Enter some key (string) and push Join button. If everything goes well, your browser will join the overlay network. You can join multiple browsers (or multiple windows/tabs) to the network. 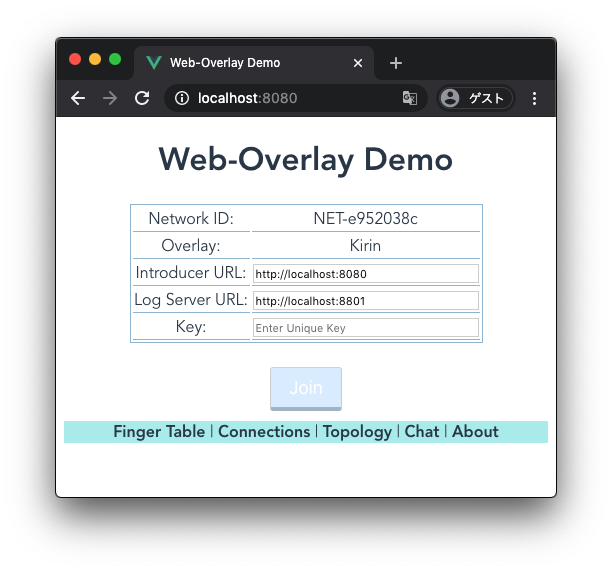 There are several links on the cyan stripe. 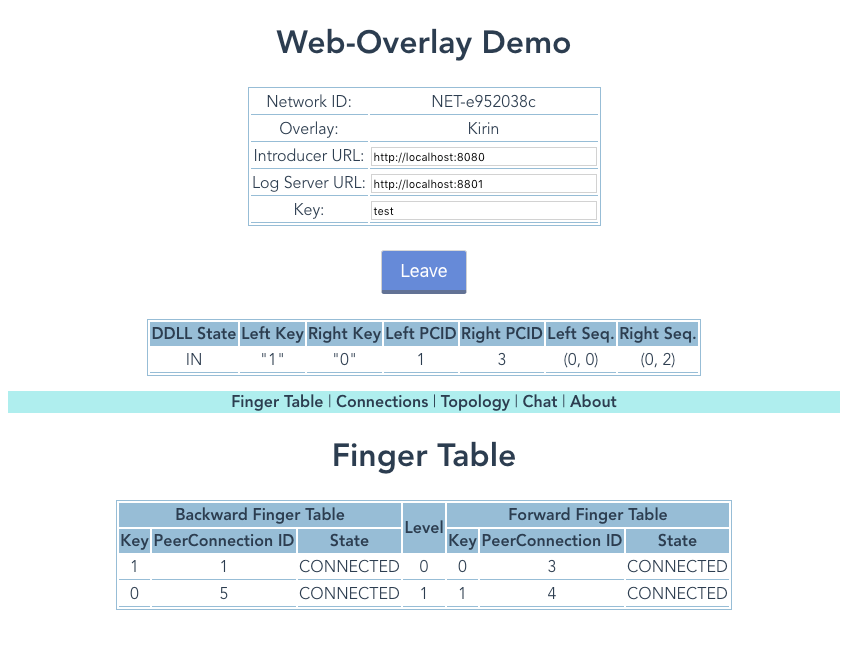 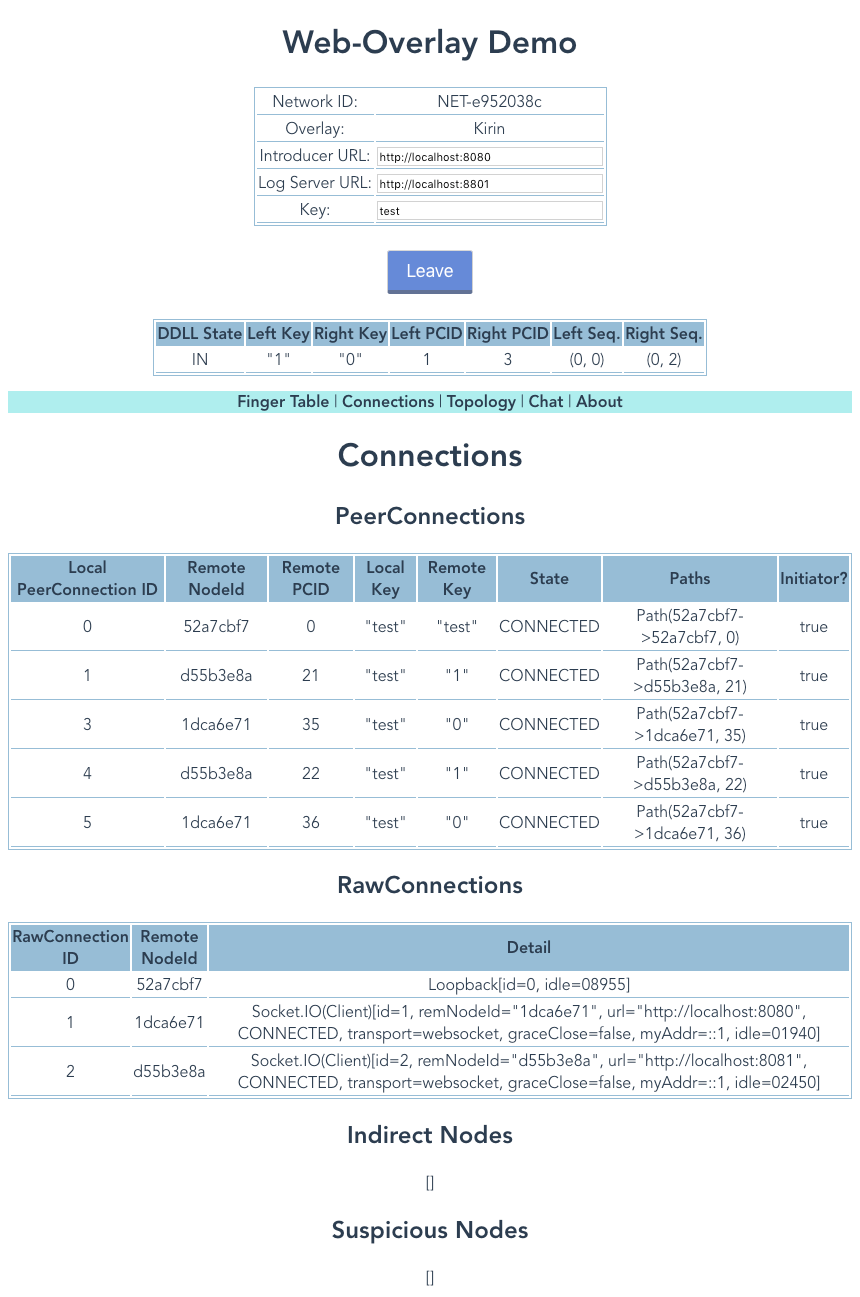 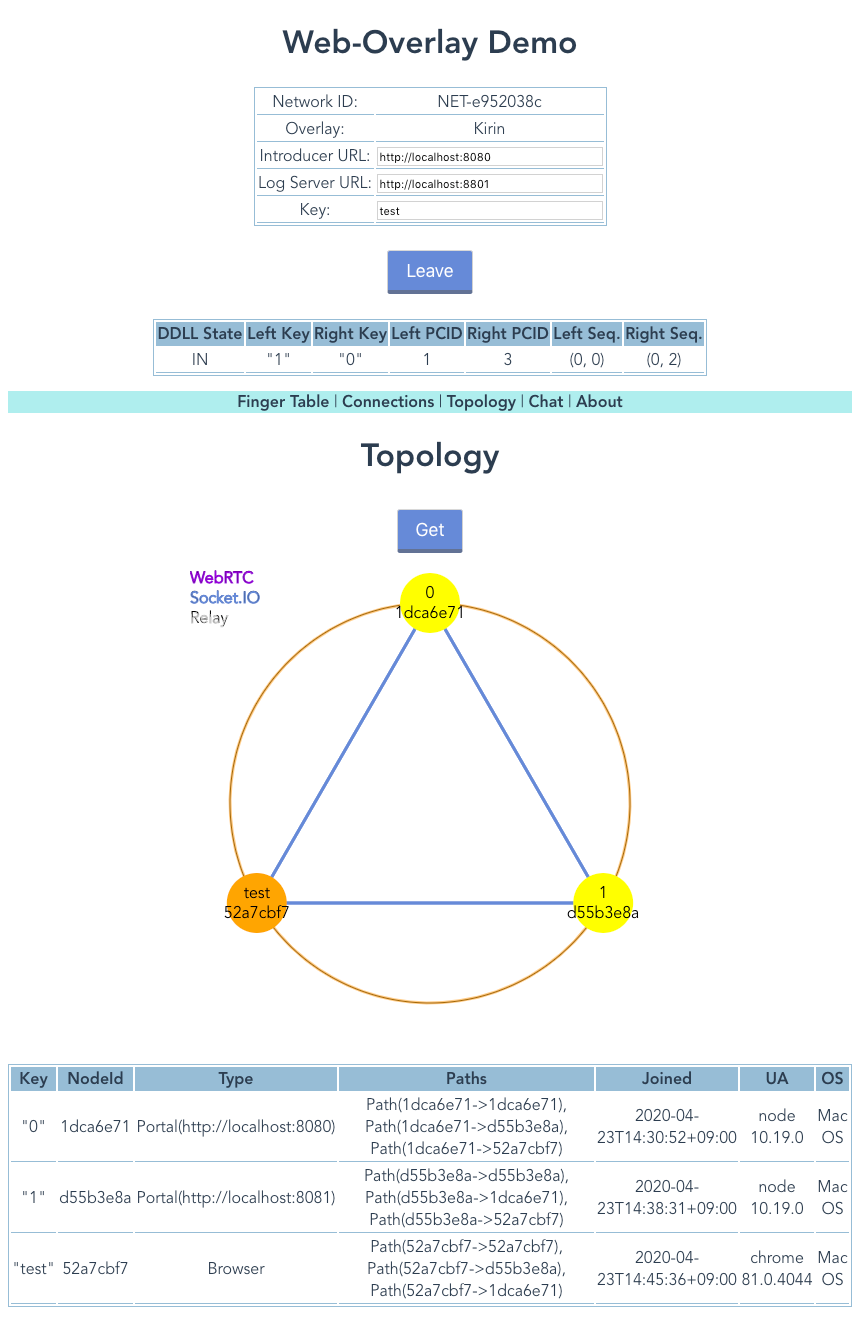 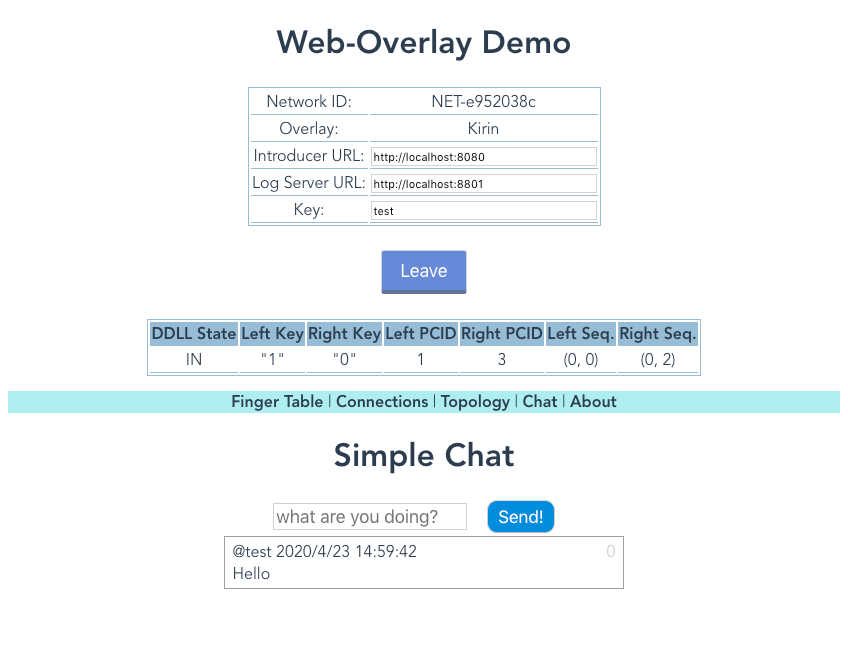 Kirin is a key-order preserving structured overlay network (KOPSON). In Kirin, each node has a unique key. You can send a message to a node by specifying a key (unicast) and also to a set of nodes by specifying a key range (multicast or range query).

This work was supported by JSPS KAKENHI Grant Number 16K00135.